The Phosphorite War was an environmental campaign against the plans of the central government of the Soviet Union in Moscow for opening some large phosphorite mines, in the former Estonian Soviet Socialist Republic, in the late 1980s. New mines were planned in the Virumaa region that was already severely damaged and polluted. The protests also strengthened the nationalist movement which later led to the restoration of Estonian independence in 1991. One of the powerful statements that activated people was by the politician, writer, and film director Lennart Meri, who wrote about the wasteland in Maardu, where phosphorite mining had started in 1924. The installation “Wasteland”, with the smoking ceramic landscape, was built based on the description of the Maardu area by Lennart Meri. The installation was part of the group exhibition titled “Mountains are time”. 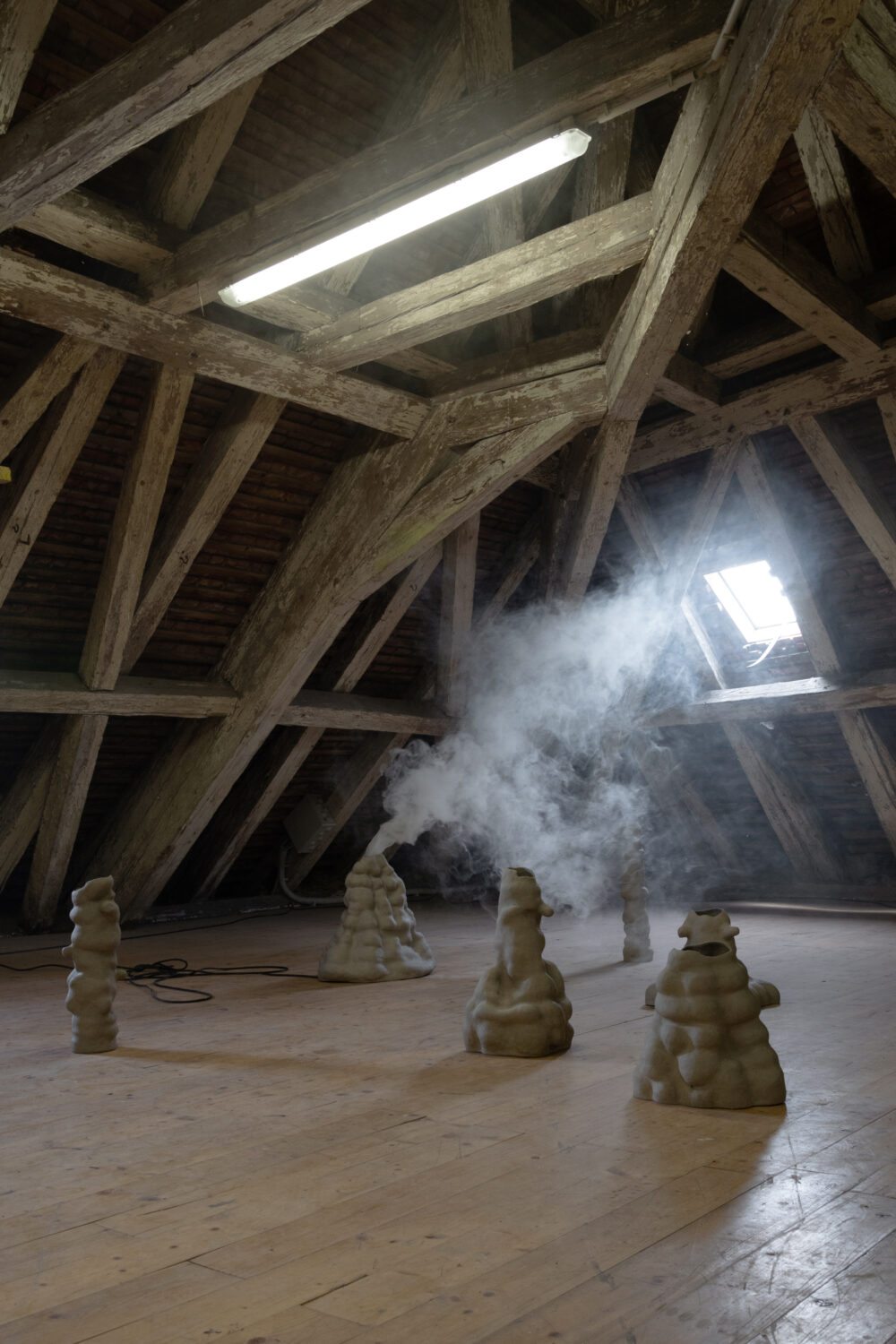 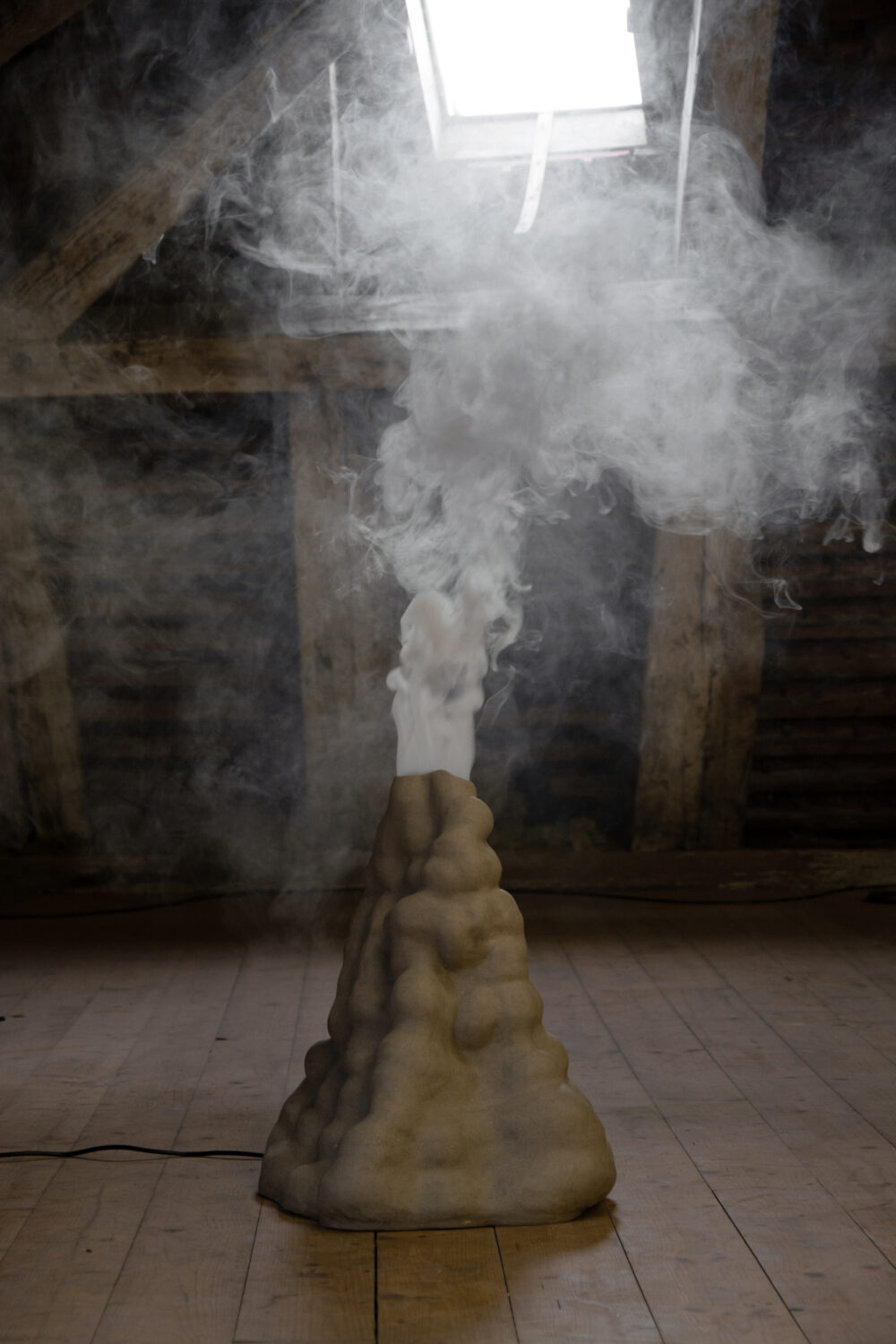 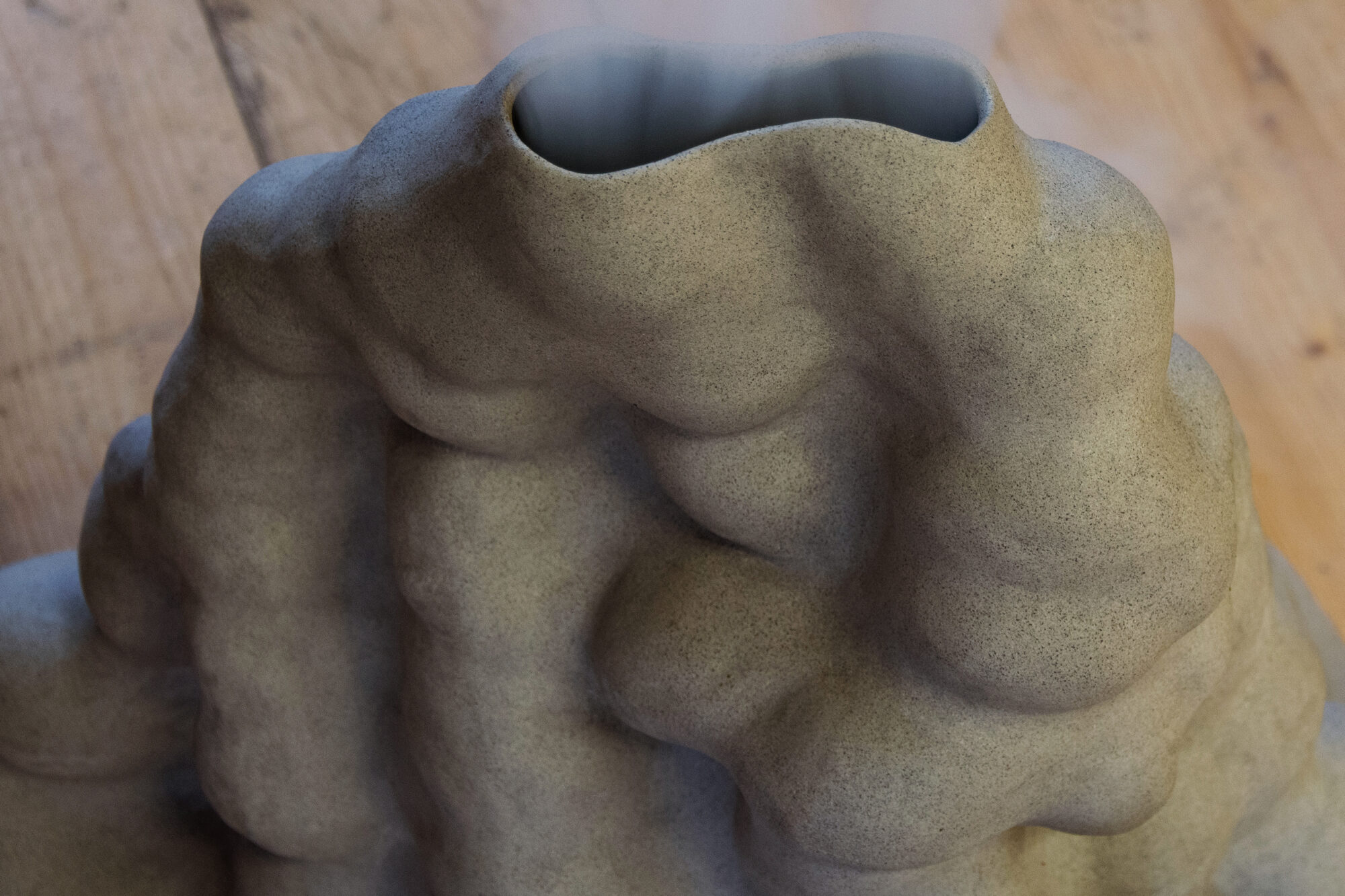 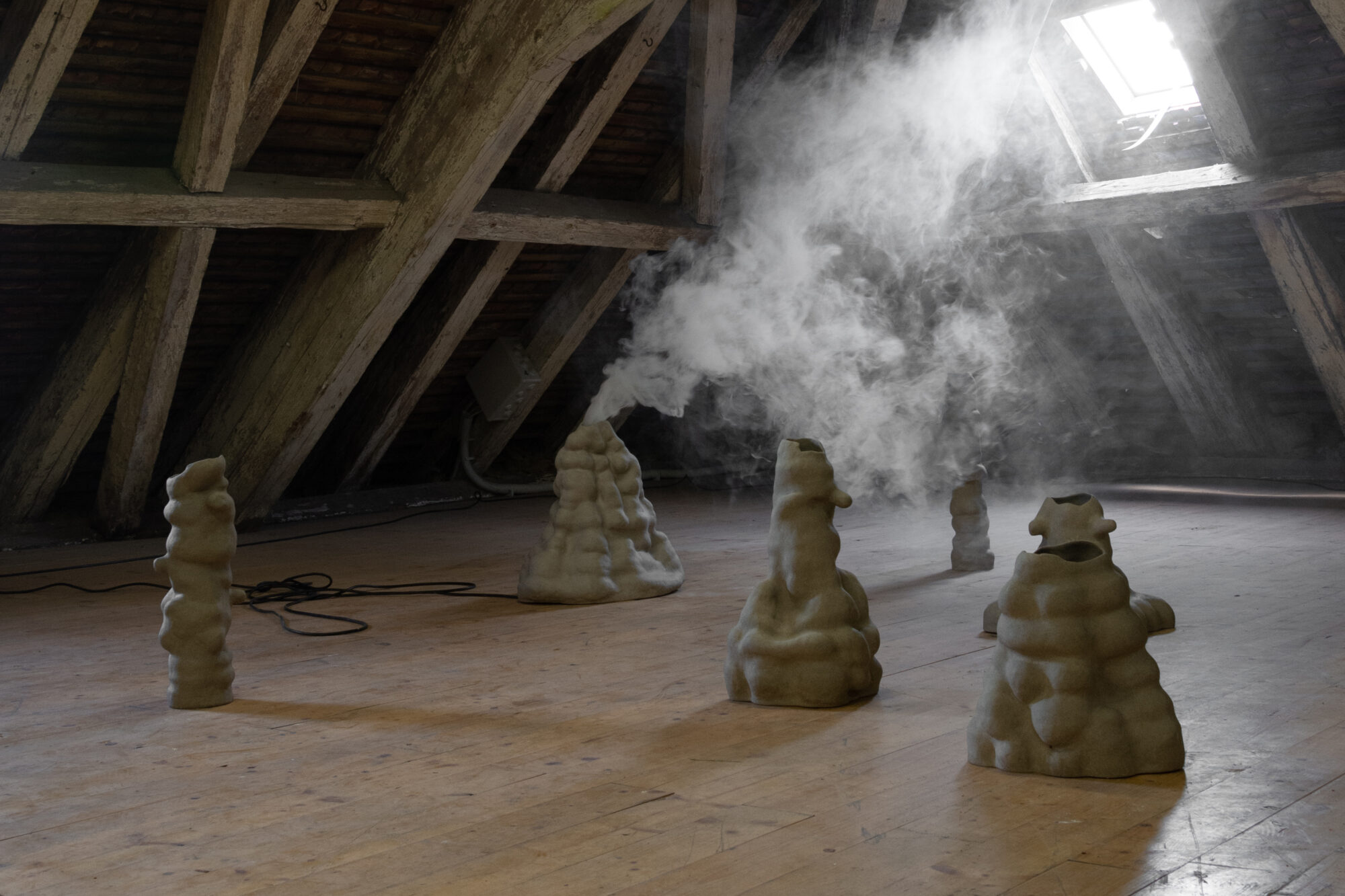 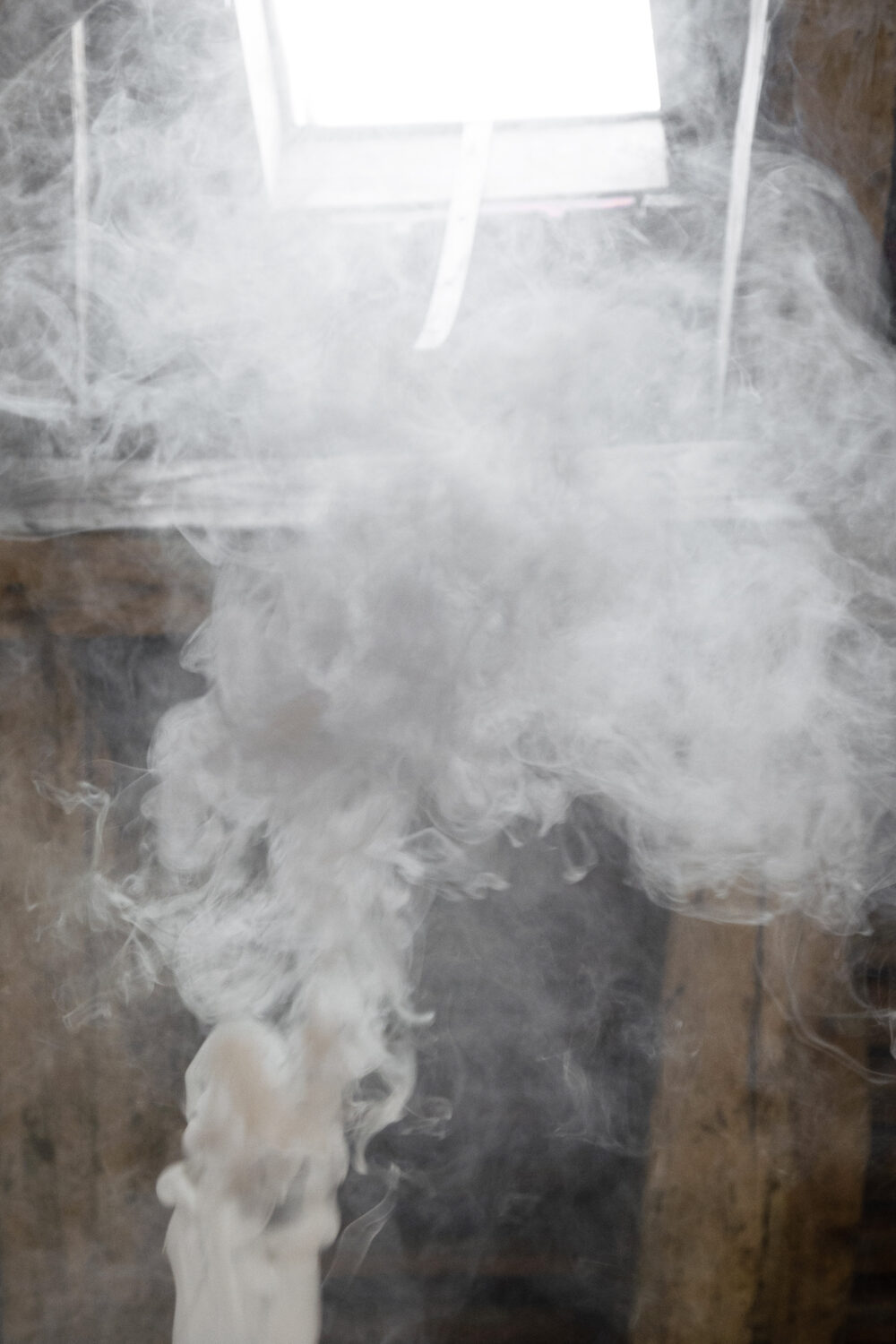